Knox College maintains a fascinating collection of artworks from local Galesburg artists who were born and raised in Galesburg, or lived and worked here. Most famously, Knox has several works by the renowned Surrealist artist, Dorothea Tanning, who was born and raised in Galesburg and even attended Knox for a few years, but the collection also features lesser-known local artists and some depictions of local landmarks. 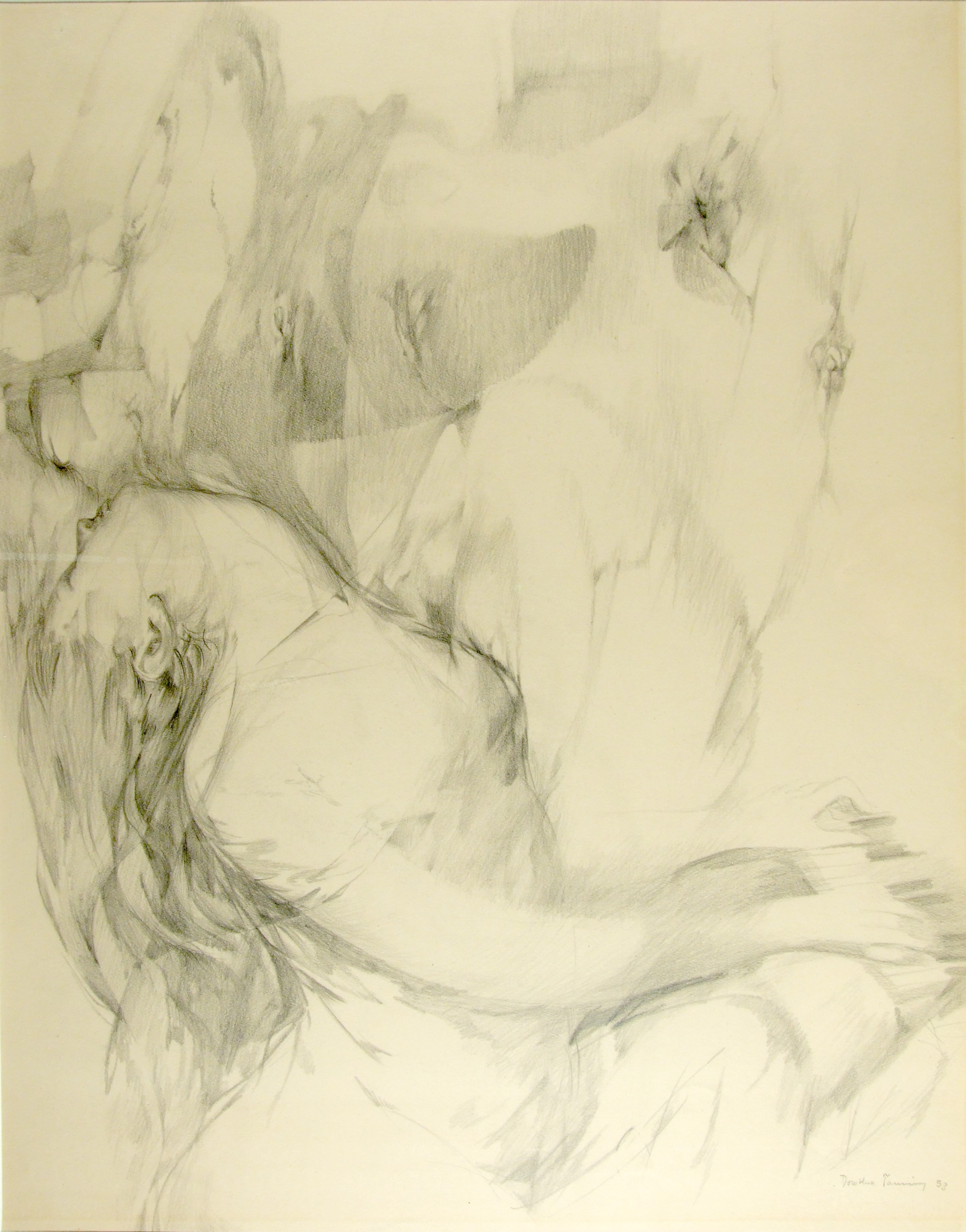 Tanning was born and raised in Galesburg, Illinois and attended Knox College from 1928 to 1930. Moving to Chicago in 1930, she studied briefly at the Chicago Academy of Fine Art. In 1935, she relocated to New York City and discovered Surrealism while attending the Museum of Modern Art’s groundbreaking 1936 exhibition “Fantastic Art, Dada and Surrealism.” During the forties, she became associated with the circle of émigré Surrealists, which notably included the German Surrealist Max Ernst, whom she married in 1946. In her early Surrealist works, she employed a meticulous painting style and developed a personal repertoire of enigmatic symbols and themes that often feature young girls in dreamlike encounters. This work is a preparatory drawing for a painting of the same title and depicts a woman playing the piano. Its fluid style can be related to her “Insomnias” of the 1950s, which are composed of abstracted, prismatic imagery. While the Surrealists used the female figure as a vehicle for expressing male desire, Tanning presents a woman transported by her own rapturous creative passions. 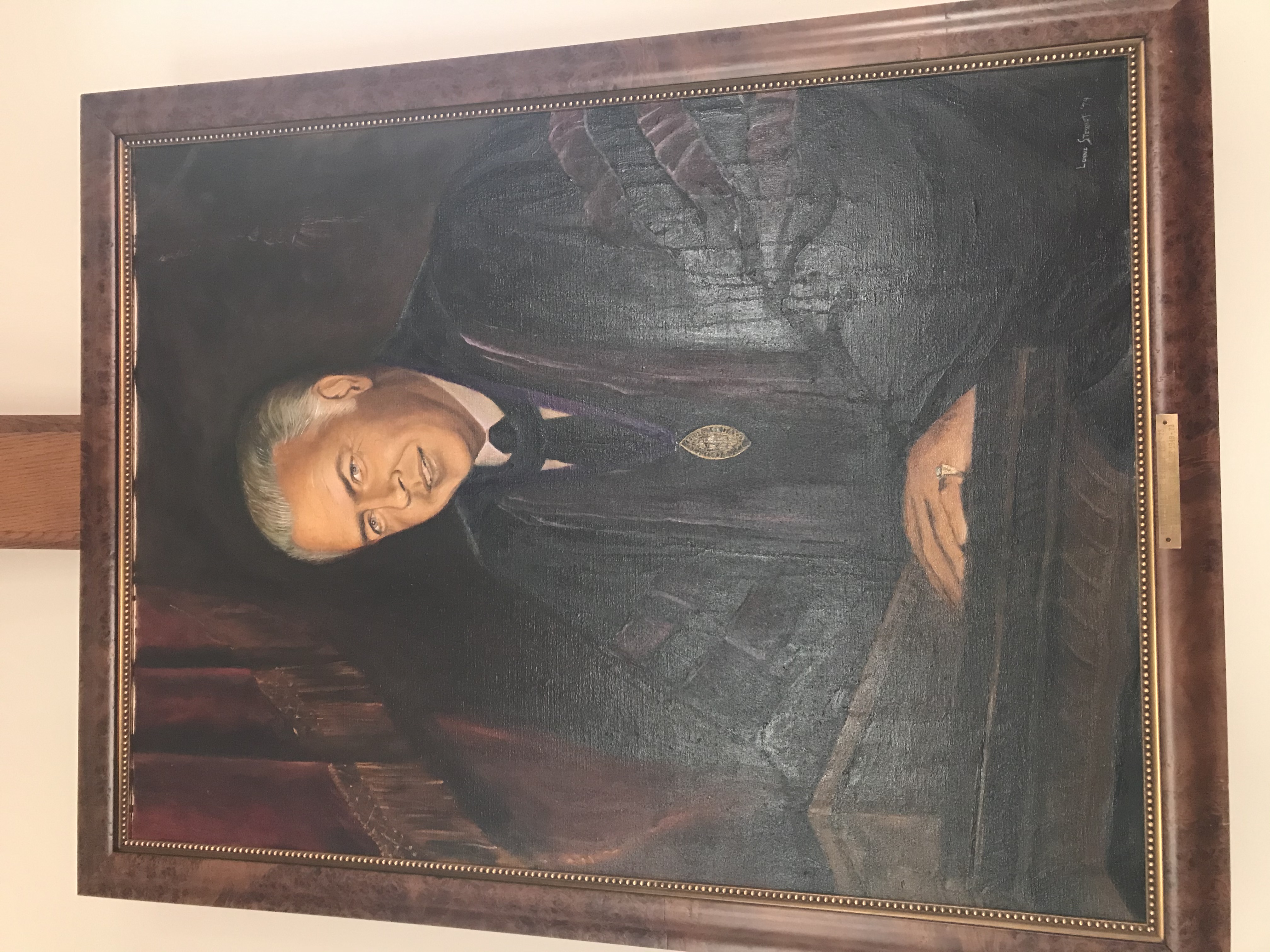 Lonnie Stewart is an internationally-known portraitist who has painted famous figures such as Mother Theresa, Princess Diana, and Pope John Paul II. Stewart is a Galesburg native, graduating from Galesburg High School in 1964. He now lives and works in Peoria and Charleston and has shifted to focus on sculpture. In 2012, he was commissioned by the Galesburg Public Art Commission to create the sculpture of Carl Sandburg now in Galesburg's Public Square. 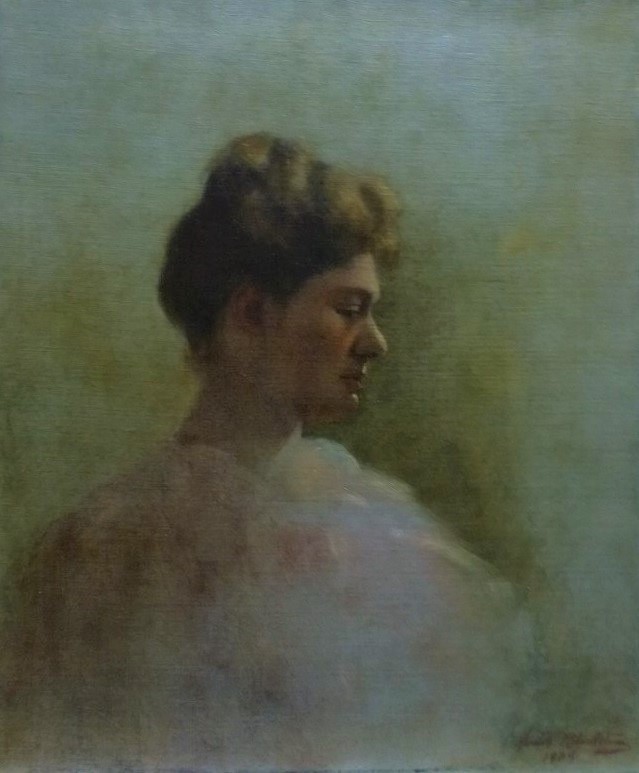 Harriet Blackstone moved to the Midwest from New York in 1883 where she taught drama and elocution at Galesburg High School. In 1903, she moved back to New York and studied at the Pratt Institute where she was taught by William Meritt Chase. She then worked for several years in Europe, studying with Jean-Paul Laurens and exhibiting at the 1907 Paris Salon. She is best known for her portraits which are praised for their individuality and masterful technique. Knox maintains two portraits by Blackstone, and her works are held by museums throughout the country including the National Gallery of Art in Washington D.C., the Brooklyn Museum in New York, and the Milwaukee Art Museum. 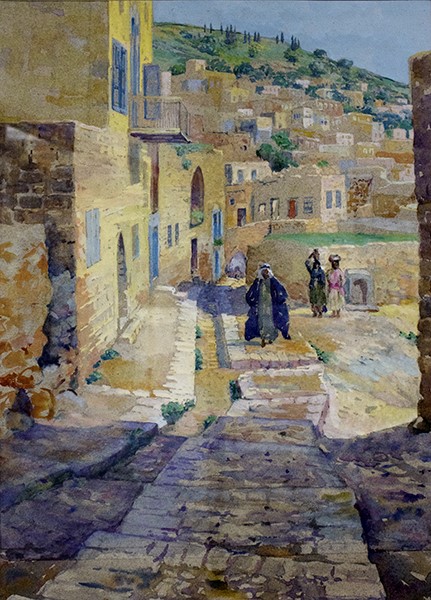 A Steep Climb in Nazareth 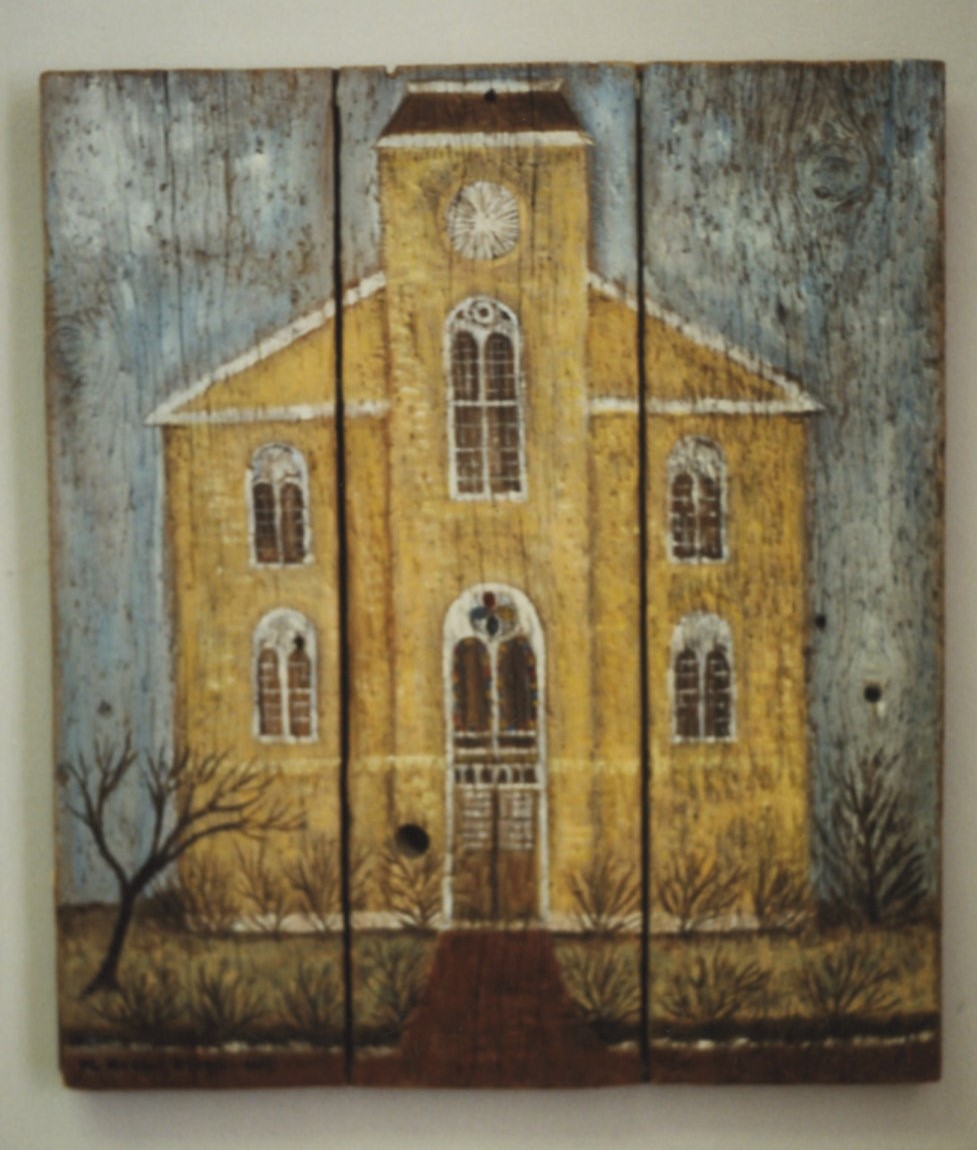 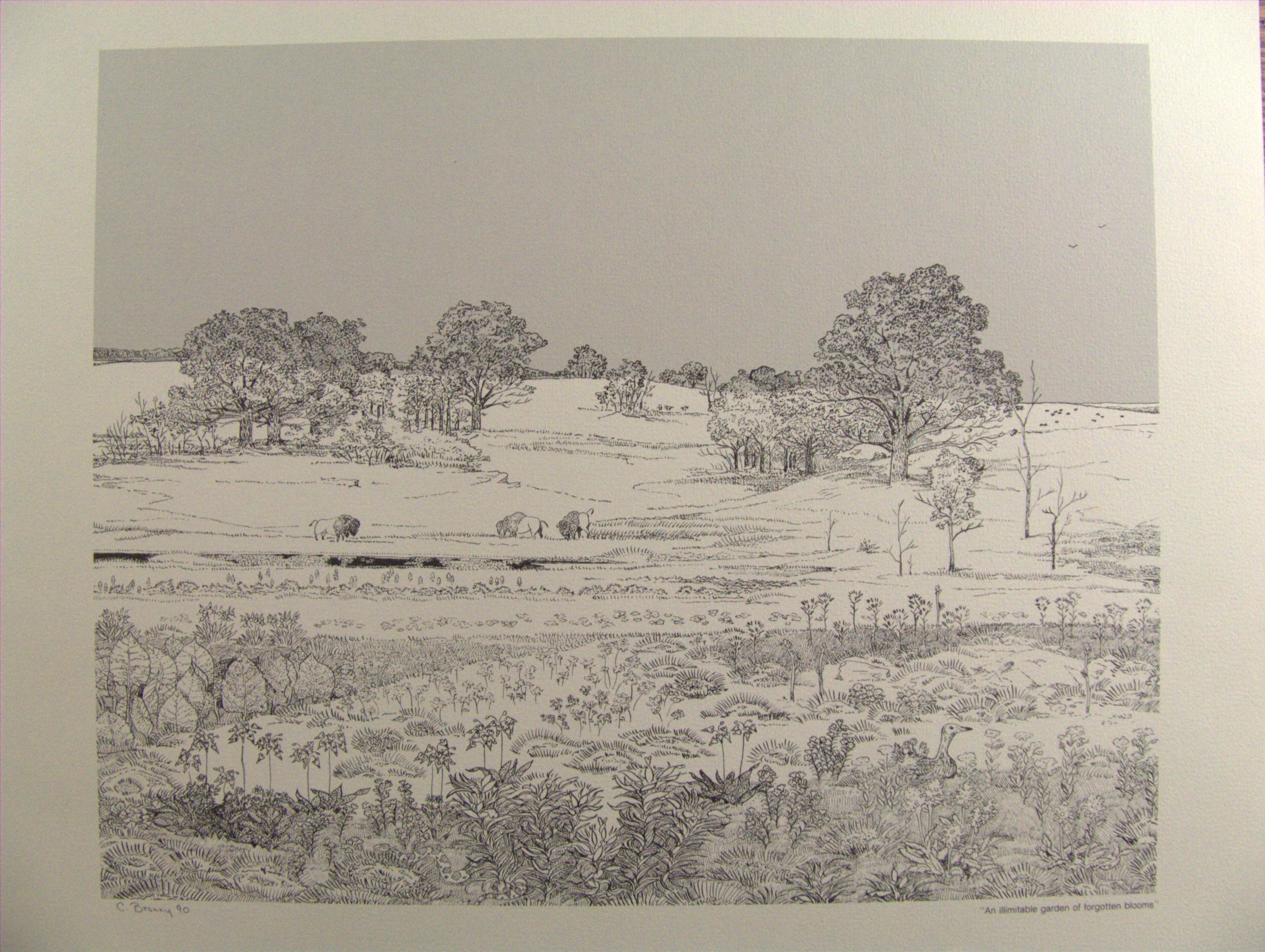 An Illimitable Garden of Forgotten Blossoms 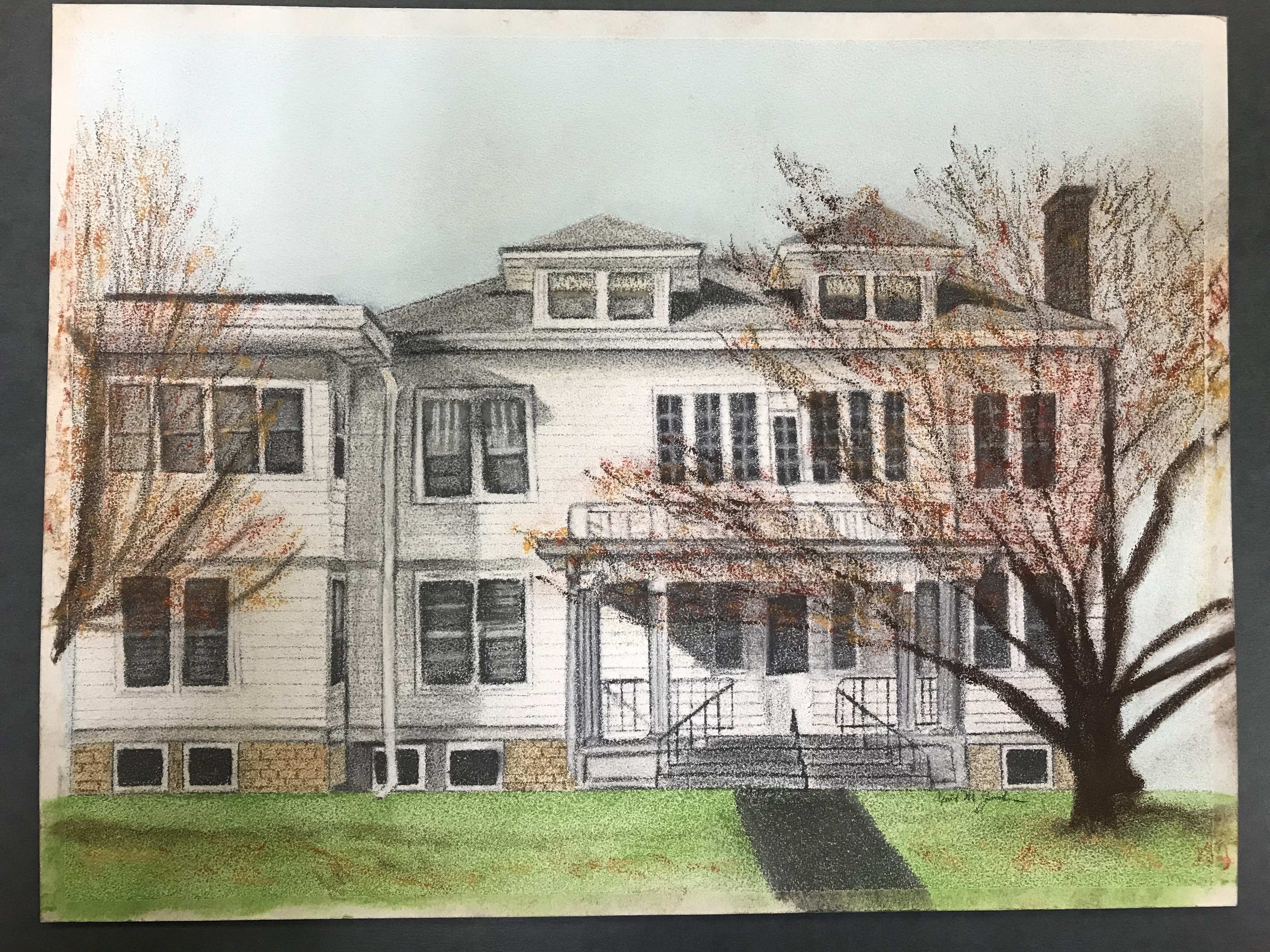 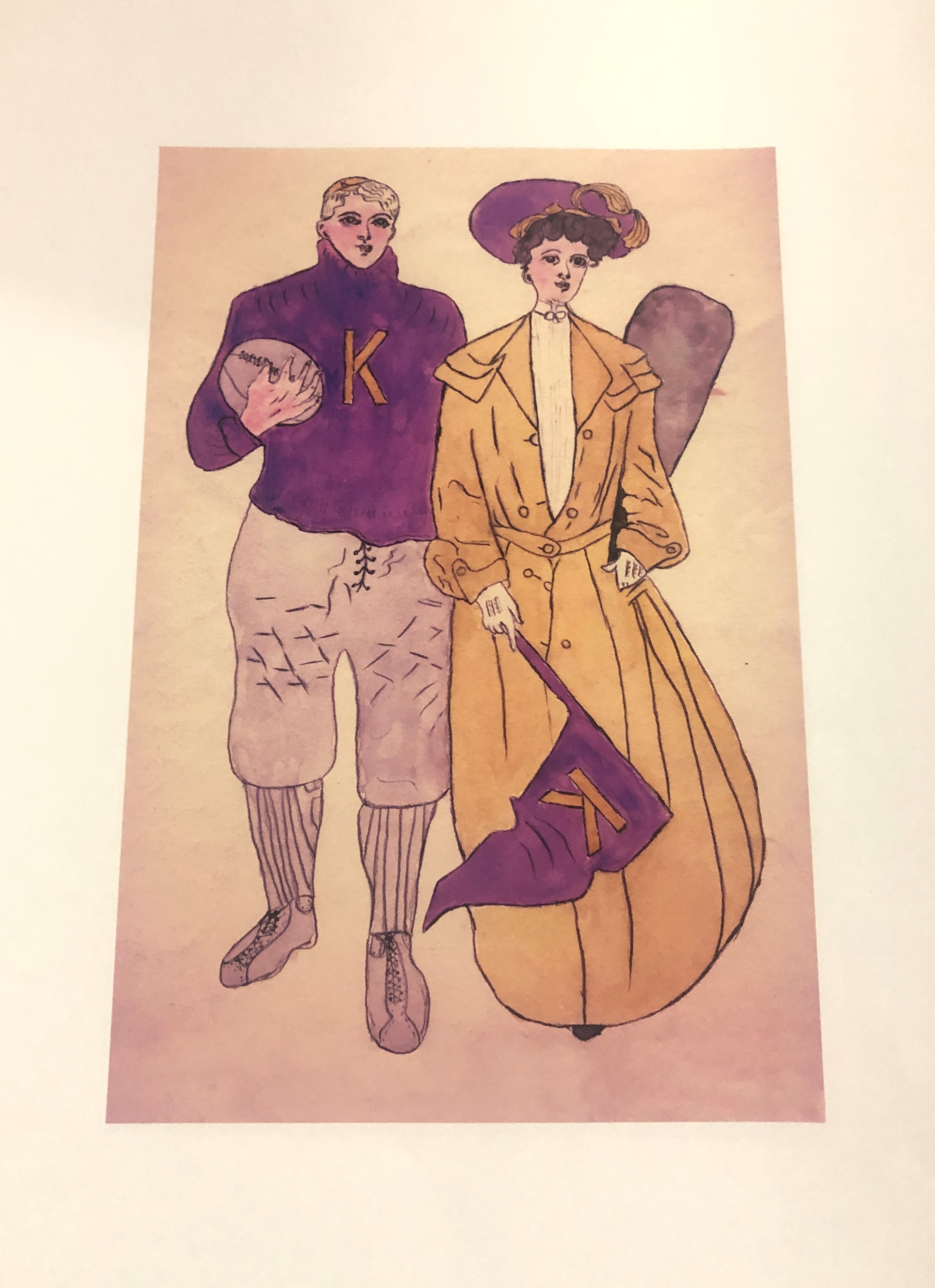