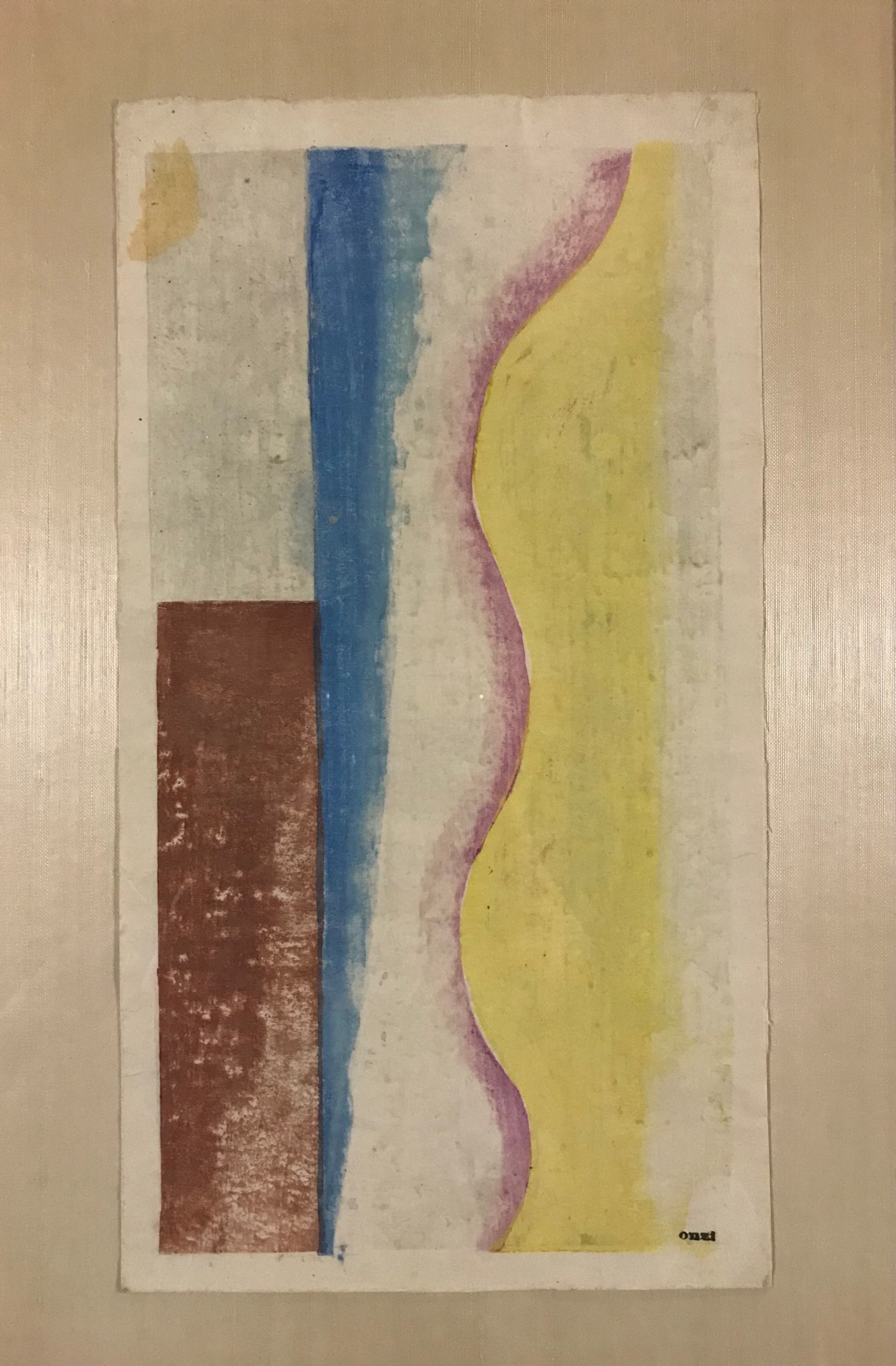 Koshiro Onchi was an important 20th century Japanese artist who was critical in the founding and expansion of the Sōsaku-hanga (“creative prints”) movement. This movement prioritized the artist as the sole creator of their artwork as a vehicle for self-expression. Unlike traditional ukiyo-e printing where the drawing, carving, and printing were all separate tasks done by separate people working collaboratively, the Sōsaku-hanga movement emphasized the importance of the self. This individuality gave rise to increasingly abstract works and the notion of “art for art’s sake.” This print, although undated, likely dates from the postwar period when Onchi’s works become more abstract. 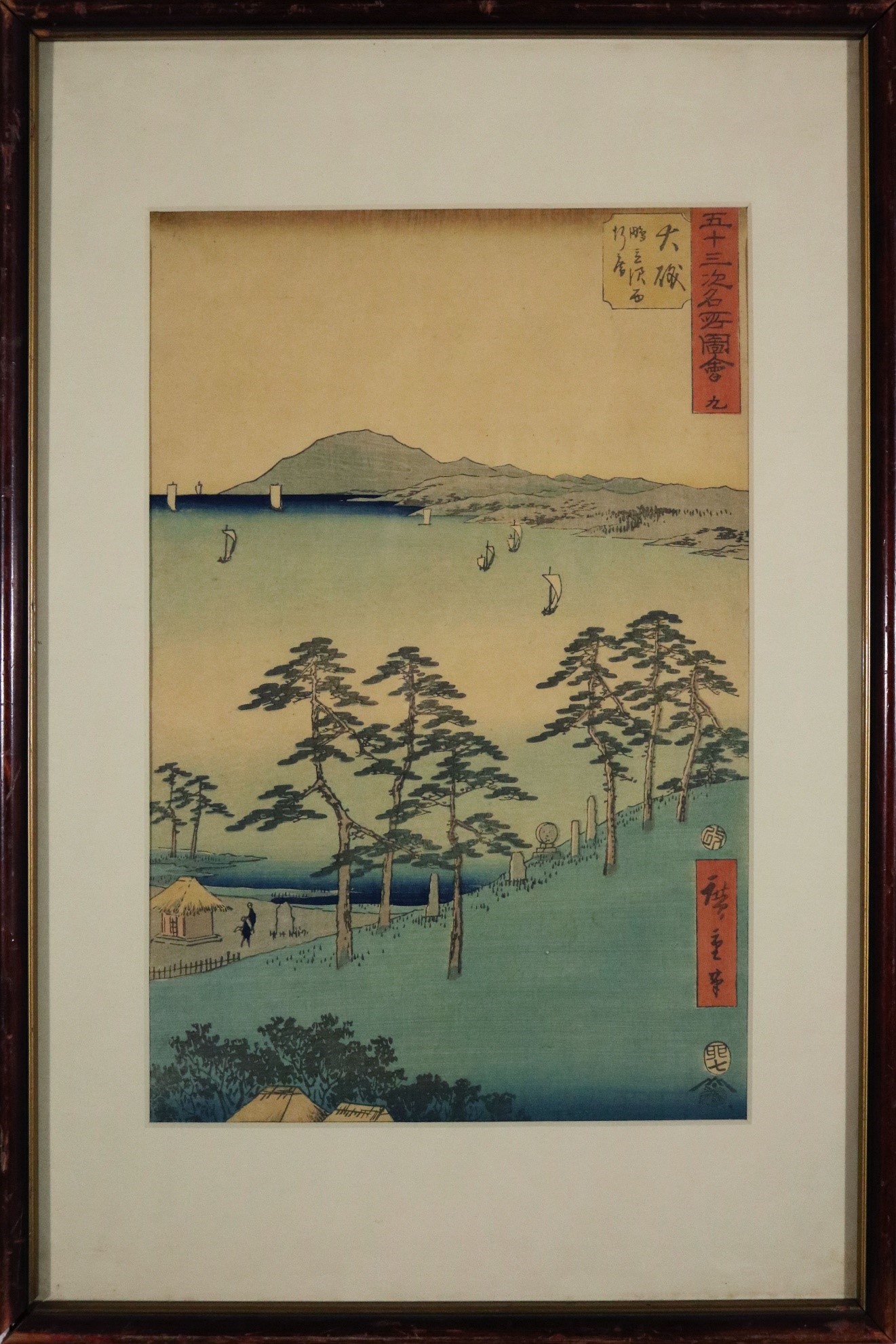 The Tokaido road was the main road in Japan, connecting Edo to Kyoto. Along the road were 53 post stations where travelers could stop for supplies and lodging. Hiroshige's 1833-34 series The Fifty-Three Stations of the Tokaido was created after his first travel of the road and became very popular in Japan and eventually in Europe as well. This series was so successful that Hiroshige would go on to create many different series depicting the Tokaido. This print is from the later Vertical Tokaido series and depicts the 8th station, Ooiso. 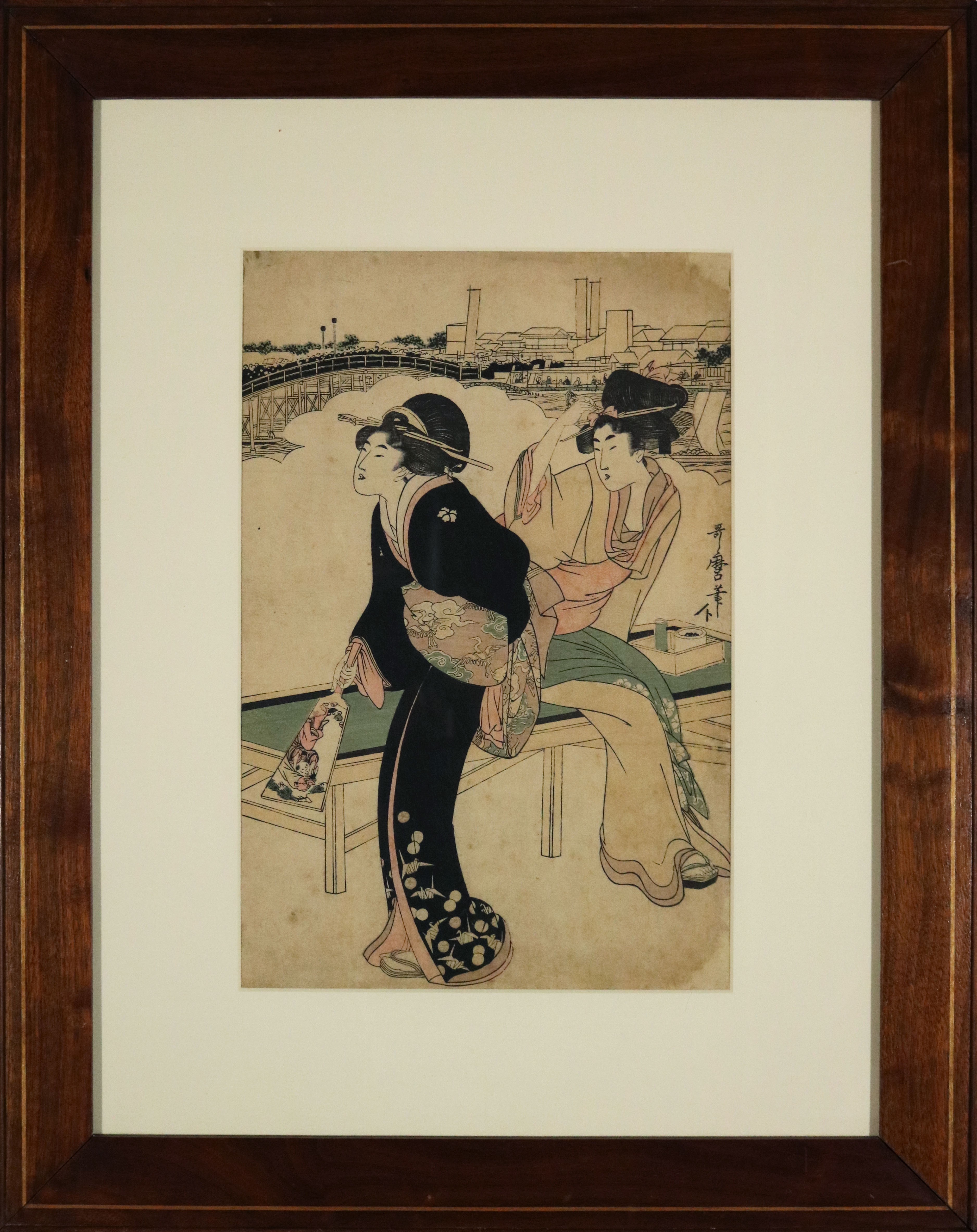 [Two Women on a Bench by a River]

Utamaro was known best for his prints depicting beautiful women, often with exaggerated faces and enlarged heads. He was a prolific artist, creating more than 2000 prints and was one of the few ukiyo-e artists to achieve fame in their lifetime. After his death, his work continued to be praised and imitated. By the mid 19th century, his work had gone international and was being imitated by Impressionist artists such as Mary Cassatt. 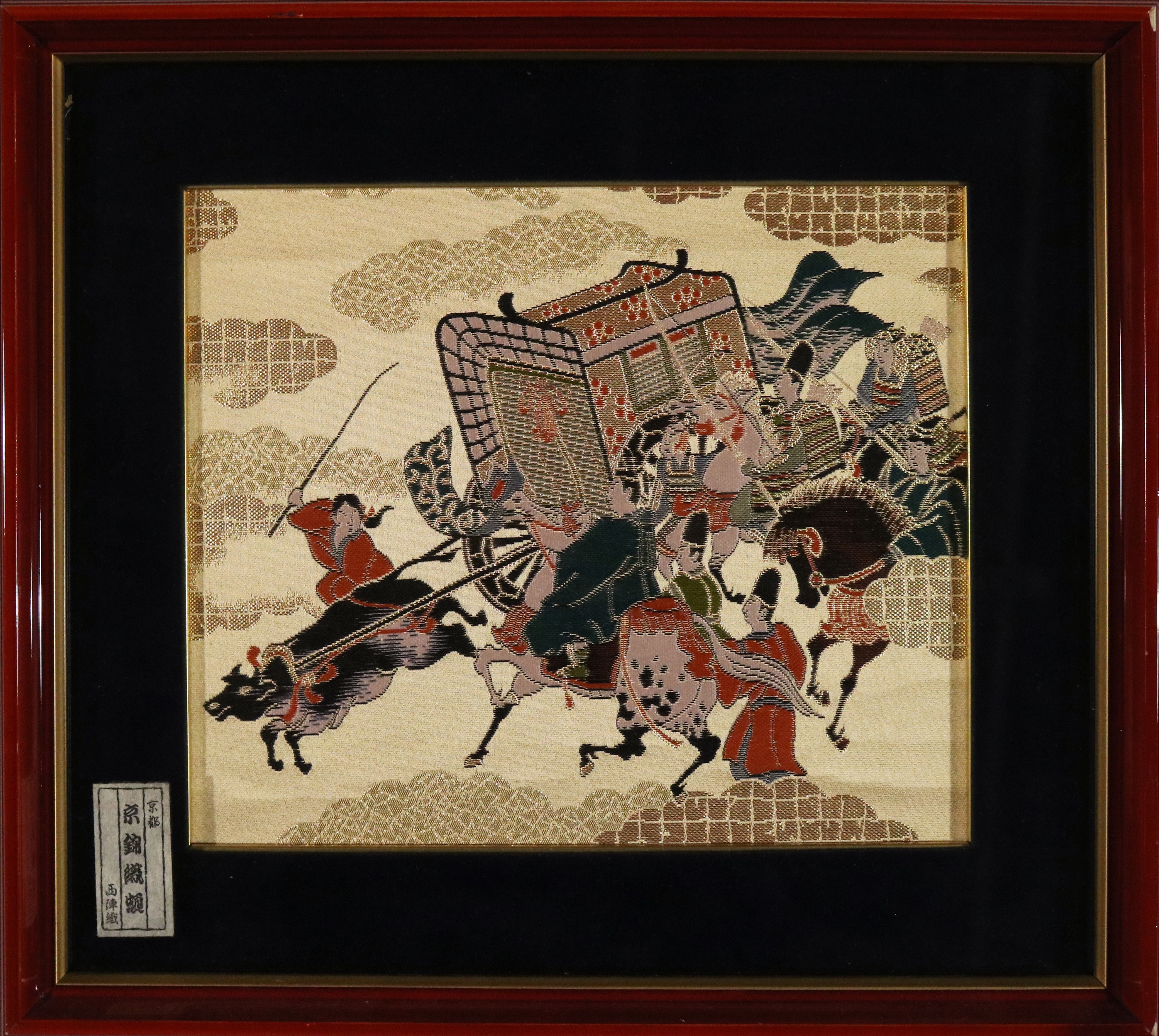 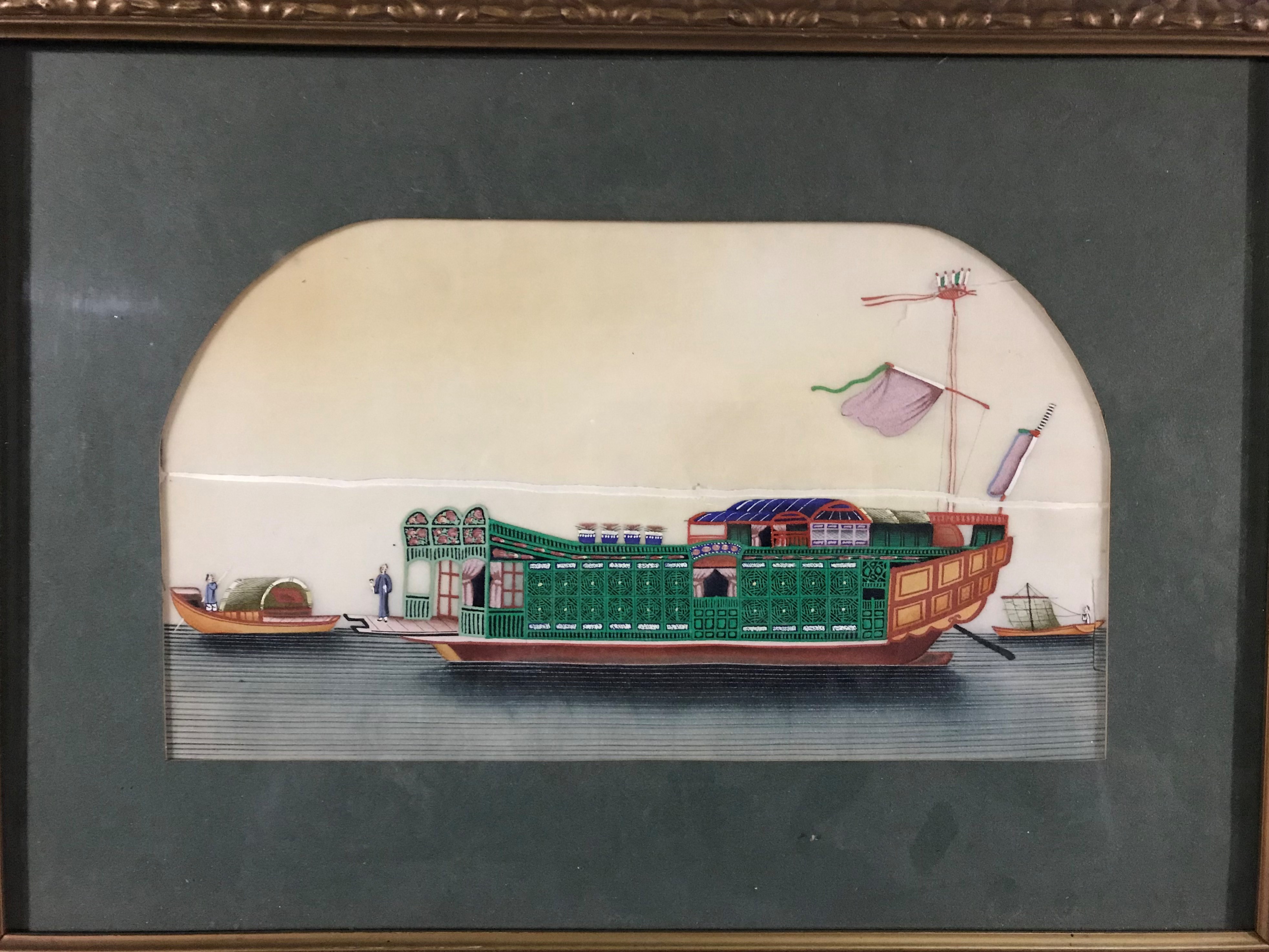 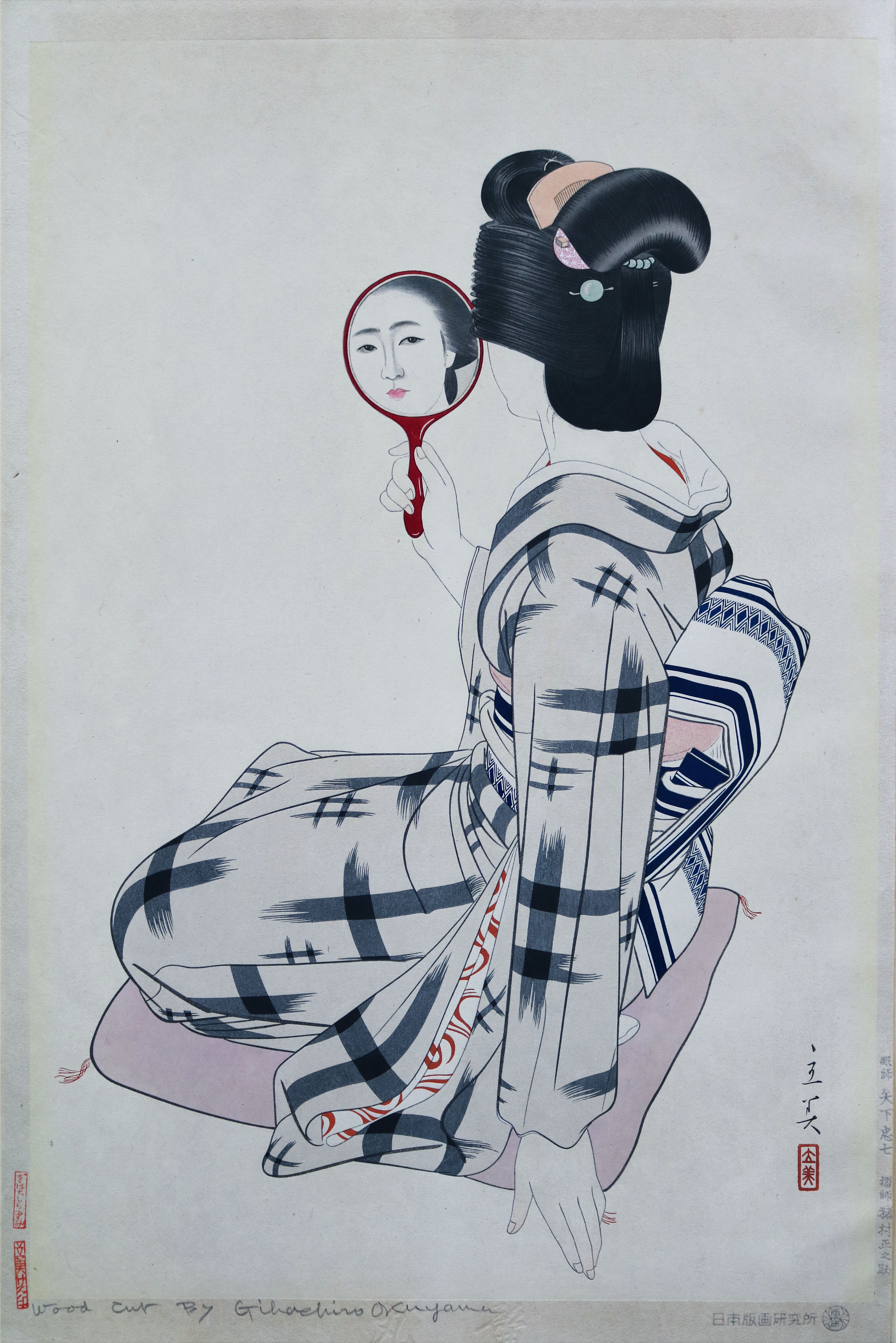 Hairstyle of a Married Woman